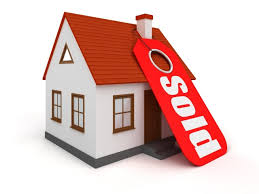 SAN FRANCISCO –As chief economist of the National Association of Realtors, the housing industry’s biggest cheerleader, Lawrence Yun often has an optimistic outlook.

Mr. Yun outlined his housing-market forecast for 2014 at NAR’s annual conference here, predicting that existing home sales will remain flat at roughly 5.1 million units, prices will rise by 6% and interest rates, currently at 4.16%, will jump to 5.4% by the end of next year.

The economist said he crafted his outlook based on his assumptions that opposing forces will keep sales volumes at their 2013 levels. He anticipates that rising interest rates will hamper sales. At the same time, he foresees buyers emboldened by strengthening job growth and potentially more lenient mortgage-qualification standards.

The anticipated jump in rates for 30-year, fixed-rate mortgages “will be due to the anticipation that the Fed will start to raise rates in 2015,” Mr. Yun said during a press conference. “Tapering also will have already taken place throughout 2014.”

Mr. Yun anticipates that, in contrast to existing home sales remaining flat, sales of newly built homes will increase by 18.5% to 510,000 from 430,000. The supply of new homes has languished at historically low levels as smaller builders struggle to find financing for development. Mr. Yun foresees that improving somewhat in 2014, with a projected 25% increase in new-home construction starts from the 2013 pace of about 600,000 single-family units. The long-term average is 1.5 million units a year.

“Housing starts really need to ramp up going into next year,” Mr. Yun said. “Otherwise, home prices will continue to go up. … The only way to contain prices is that we need more inventory.”

The NAR forecast could be viewed as restrained in light of the housing market’s gains in the past two years. Since 2011, median home prices rose by 18% and existing home sales increased in volume by 20%, according to NAR. But other 2014 forecasts are fairly close to Mr. Yun’s predictions, given the likelihood of rising rates and continued uncertainty about how lawmakers will address the federal budget and debt limit.

Market trent watchers on Friday said a  survey of 108 housing experts forecasts home-price appreciation of 4.3% in 2014, down from 6.7% this year.

The mood at the NAR convention, expected to attract 21,000 attendees, was cautiously optimistic Friday. Several Realtors said they expect a transition year in 2014 as prices and interest rates continue to rise but the inventory of available homes increases, too.

“Prices could start going up, but I expect that they’ll stay stabilized,” said Victoria Murphy, a Realtor at Santa Fe Properties specializing in luxury homes at Santa Fe, N.M. “We’ll get a little more inventory, but not very much.”